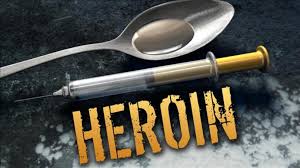 The title may be a bit ambitious but at this point in history, it is pretty widely accepted that Ohio has at least three cities with the highest rates of Heroin related overdoses and deaths. I happen to work in one of them.

Dayton, Ohio has been labeled by some to be the city with the highest number of heroin related overdoses and deaths in Ohio and possibly the US per capita. It is a plague that is sweeping the communities that I work in as well as the region, state and country. All of the departments in our area have become experts at recognizing overdose patients by that familiar blue hue from the lack of oxygen and the soaking wet clothes from their friends throwing water on them, ice in places there shouldn’t be ice and even Popsicle’s up their rectum (they read about it on the interweb so it has to work). Our EMS providers have trained on how to use a MAD device and how to administer Narcan in other ways that will be the most effective for their patients. We have adjusted our regional protocol to match the state scope of practice so that Narcan can be administered by the lowest level of EMS responder. The community health groups have set up Narcan distribution areas. You can get Narcan at the pharmacies. The odds of someone having Narcan readily available when you overdose in our area have increased by a huge percentage but people are still being consumed by the plague. The bodies are piling up, 145 in January alone, and everyone is searching for answers. 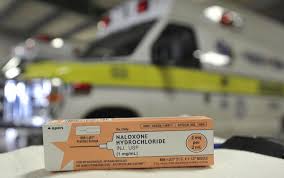 We have come across “Narcan Parties” where the addicts get together with a stock of Narcan and revive each other when they overdose. We arrive to find several patients that have already been given Narcan by someone. Usually that someone is long gone so we are left to finish what they started.

Our tactics for an overdose used to be a cruel joke. We used to wake the overdose patient up quickly so they would vomit. Then we would use the experience as an attempt to “teach them a lesson”. Then we started only giving them enough Narcan to keep them breathing and deliver them to the ED so they could get the supportive care they needed while they were slowly awakened, in the comfy ED bed surrounded by friends and loved ones. We also used to take their shoes before we transported them. That way if or when they signed out AMA and left the ED they would have to wait for the bus in their socks. All in a misguided attempt to “teach them a lesson”. All of that is gone now. (I sound nostalgic and I am just a little bit. Not about being mean to people but for a time when getting dispatched on an overdose was thrilling). We have so many overdoses now, the thrill is gone and we start hoping for a shortness of breath or a chest pain, simply to have some variety. It’s a sad day when the crew sits around the kitchen table and tries to remember when they last had a shooting or a stabbing. Those things are pretty common where I work.

This plague makes up almost 70% of your EMS workload on many days. It has rewired our brains to think that every unresponsive patient that us under 40 or 50 years old is an overdose. We have gotten very good at spotting an overdose patient but the saturation of this social disaster has lead to us, on occasion, to not recognize some other causes of cardiac arrest and causing us to play “catch up” during the resuscitation. You holier than thou types will be looking down your noses at this point and saying “I wouldn’t let that happen to me or I wouldn’t miss that”. Well I can assure you, even if you fancy yourself as an EMS king or queen with your Star of Life tattoo, the 14ga needles in your pocket for that random chest decompression on the way home from work and the bulging pocket of para-medicine quick information guides, you will find yourself wondering how you missed the hypoglycemia or other cause of this unresponsive father of 2 in the parking lot of the TGI McFunsters restaurant. We are creatures of habit. Drug overdoses are our new habit. Our drug of choice right now is Narcan and our new favorite activity is atomizing it on  everyone. It’s moved up the algorithm to be a front line drug in every cardiac arrest. 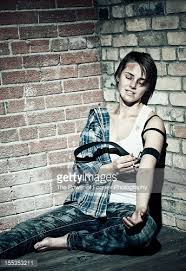 Let me give you the evening news version of this problem; The addict today does not look like the addict of the seventies. The first glaring difference is that this is predominantly a white problem this time. People of color are staying away from this drug because, in the words of a few people I’ve talked to “we don’t like how it makes us feel”. In the seventies and eighties, along with other drugs, it hit the black communities hard. Families were wiped out and it left a crater in the population. Other differences are that it is not reserved for the inner-city anymore. This drug has made it all the way to rural America. It is on the front step of every small town and busy city. I try not to get to political and say that the problem is getting more attention because it is now hitting the white community. I try. But it is hard for me to believe that that is not the case. We all have to deal with this whether we like it or not. This time, alcohol is not the biggest contributing factor for addiction. Doctor prescribed pain medicine is. This is an addiction that has started in doctors offices and hospitals all over the country. Managing pain has become the enemy.

No one is immune. I have given Narcan next to dumpsters in alleys, in the upstairs bathroom of a suburban home, on the patio at the gulf club, in the high school parking lot and to an elderly patient at a nursing home. It is all around us.  No one is that far from it and everyone is affected.

In our area, we have the option for the patient to refuse transport after Narcan if they are awake and alert and have a “friend” to watch for a relapse for a few hours. I know some of you out there are probably yelling at you computer or phone saying that it is a bad idea leaving those patients and not transporting them for evaluation. The problem that we have discovered is that the “patient” would sign themselves out AMA before we even got the cot made and the report finished. The hospitals don’t want them if they don’t want to be there. We don’t want to take them if they don’t want to go. It was a reluctant compromise that we have made to relieve the burden on the Emergency Departments and kept us from being tied up on a patient that did not want to be treated. Contrary to the belief of some of you, some of them don’t want the help; some of them can’t be saved.

In our area, we also have an EMS protocol system that has a “drug bag” exchange built in. If you use a “drug bag” on a run, you can exchange it for a freshly stocked one at the receiving hospital. It has been a system that has worked very well for our region as it spreads the cost of drug purchases over a larger area. We pay an annual fee to the protocol system which, in part, helps lower the cost for everyone. That being said, it is still easier for us to run to the ED and make a drug bag exchange instead of having to do a patient drop off. As good as the system is, we have run out of Narcan in our area a few times.

Back to the plague, the situation has affected every aspect of our business. The dispatchers have gotten so used to saying “respond on an overdose” that they frequently have to correct themselves when announcing a different call type. The addicts have gotten better at phoning in the overdoses. They use terms like seizure and trouble breathing because they know if they say overdose, the cops will come. Once our brothers in blue show up, they run everyone for warrants and someone usually gets hooked up and taken to jail. They are not worried about going to jail for the drugs because the jail won’t take them anymore. That’s how big the problem is, the jail and the courts don’t even want them. At least the cops have quit saying “go with EMS or go to jail”. We’ve got that going for us I guess.

So now what? I know some of you will start beating the community para-medicine drum right now saying that if we just had some outreach, if we just had some risk analysis, if we just took the extra time to reach out to follow up after the overdose that we could trend the numbers down. That is very true but, like everything else, not every department has the people or the money. It has been attempted in our area with some mixed results but overall, the response was positive. It is to early to argue the numbers so we will see if it makes a difference. But the fact remains that this crisis is pretty much our problem. We see them more than anyone else so it is up to us to accept our place on the front line of this battle.

I guess the real question is, how do we manage our role is in this public health crisis? Do we handle it as business as usual like we do most things and hope that it goes away? Do we try to give these lost souls the information they need to make a change in their lives? Do we use our political muscle to put pressure on the physicians groups to stop passing out opioid pain meds like they are Sweet Tarts on Halloween? Do we formulate a whole new strategy to fight this lion? For now, we each need to make a choice as an individual EMS provider to try to help each addict the best we can in hopes that it will make a difference.

We are fighting against a force that none of us saw coming. We have witnessed drug trends come through our area in the past but realized, only after the demon was unleashed, that we were in over our heads but we managed. I think this time is a bit different. It doesn’t help that the Mexican drug Cartels are very active in our area. It also doesn’t help that we have some of the highest rates of human trafficking in our area either because the two go hand in hand. Law enforcement has their hands full with all of this so we try to support each other as much as we can.

We are tired, frustrated, angry, annoyed, sad and weary but we will keep fighting because who else is going to do it?

Our area is getting some federal attention so I hope that will help. We are trying to get this lion back in the cage but it has proven to be a very fierce enemy. We will continue to fight and do the best we can until the next demon comes along.

Stay safe out there and watch each others backs!!