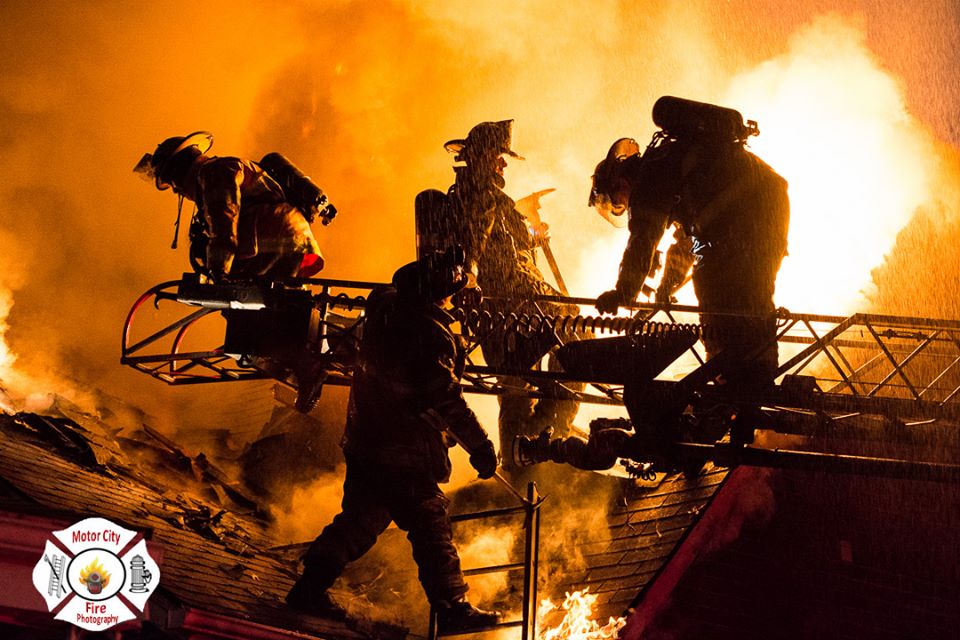 There is an issue that has bugged me for a long time. I thought it was just an issue inside the fire service but I look back on my time in other lines of work and I remember it being discussed. I don’t know if the “Alpha male” environment of the firehouse that shines a brighter light on it or if it is the fact that it has been an acceptable behavior over the years. Maybe it is because I am getting older and way less tolerant of narrow mindedness but it is an issue that doesn’t make me get up and leave the table anymore. I now feel the need to sit and discuss it and try to figure out why people have to have such a narrow world view.

What is the issue you ask? It is the issue that makes your parents shift in their seats, the most alpha male fireman turn into a pissy teenage girl and the issue that can get you harmed physically on certain occasions. That issue is LGBT firefighters.

Ahhhhh yes! That one. You have an opinion. You know you do. Everybody does! Now don’t back pedal. Don’t change your point of view because you are with the “crew”! You were man or woman enough to form that opinion so stick with it and defend it! Ohhhhh and don’t try to be socially acceptable or pander to the group. You have made comments in the past, command officers and firefighters alike, so make sure you stick with those comments; unless you have truly had a change of heart, but I doubt it. I know you.

Time and time again, I have sat at the kitchen table and listened while the back slapping, circle jerk conversation goes on for an hour about how the new guy has “gay” pictures on his social media page. Or how that new girl must like girls because she didn’t lean into your super masculine 10th grade pickup lines. Or how they all just know that their co-worker is gay but he just won’t admit it gosh darn it. I used to get up and walk out of the room, like I mentioned before, but now a days I sit there and poke the bear (no pun intended my gay friends) and see what happens. I figure, why not, I am old enough now and have been in the business long enough to not have to worry about what people will think of me afterwards (as if I really did before).

So why does it bug me in the first place. Well, I think it comes mainly from the fact that when people don’t want to accept someone they end up missing out (most of the time) on knowing someone. For many years, I put up a good “face” for those around me. I figured that it was easier to be what people wanted me to be then to be an original person. I had a “breakthrough” early on in life when I found myself running to 3 different stores trying to find the shoes that everyone else was wearing. It dawned on me how ridiculous that was. I realized that I was going to wear what I wanted and the rest of the school could jump off a cliff. I held onto that for a long time but realized that it was only a cosmetic change and really didn’t change the person I was pretending to be inside. I struggled with my sexuality. As I grew older, I started to self reflect and figure out my path. I made an effort to be true to myself, which continues to this day, and I have found a better place to be. I don’t really care what people think of me. To most people that is a dangerous spot to be in but I feel comfortable there. I take issue with your issues and debate when I feel like I have something to say. I stay away from politics however because I don’t feel as if I am educated enough about any candidate or party to debate.

So why is an LGBT employee an issue at all? They are trained to a level that is required to be hired. They passed your background checks and interviews. So what’s the problem? Is the subject to “icky” for you? As my friend Patton Oswalt said in one of his bits “if you would say that men having butt sex or women having scissor sex turns you off or makes you feel uncomfortable then we could debate you on that. Anything outside of that is you forcing us to deal with or debate about what you don’t like about you”. Do you not posses the mental capacity to work alongside someone that is different from you? We are all different so that shouldn’t be an issue. Do you have some sort of religious hang up about it? Well leave that in your back pocket. It shouldn’t have any bearing on how you do your job. Hate the sin and not the sinner is one of the dumbest things I have heard so keep that to yourself and scream it on Sunday when you are around your like minded friends. Do you think that the LGBT firefighter can’t do the job? Do you think that about women, short men, fat men, Asians, black people or the senior man who is close to retirement; or is that thinking only reserved for the “gays”. So what’s the problem? Only you know what your hang up is.

Ultimately, whether a firefighter is gay or straight is none of your damn business. IT HAS NOTHING TO DO WITH YOU!!! As much as your mommy and daddy told you you are special, you are not. The sun does not rise and set on you. The fire department doesn’t operate around you. The citizens don’t care if you are gay or straight. Their only concern is that you help them, their loved one, put their fire out or solve their problem. Do your job. Treat people right. THAT’S IT! Get over yourself and do your damn job.

It’s painful for me to watch someone that I know is LGBT sit and put up with the verbal vomit of others. I can see that it hurts and it makes me angry. But hey, YOU are uncomfortable with what THEY are so you’re allowed to sling insults and talk down to them, right? Whatever. Grow up and get over yourself. And while you have a free minute, punch yourself in the face.

I have heard all of the lines:

“I don’t want to sleep in the same room as them”. Suck it up gingersnap! They aren’t attracted to you. Mainly because you are an asshole.

“Why doesn’t he just tell us”? Because he doesn’t have to, idiot! It’s none of your business.

“I don’t want him using the shower here”. Again, suck it up stupid, the shower is dirty because you sat on your ass and watched Sports Center instead of cleaning it.

I could go on for a while but you get the point. The industry buzz word right now is “brotherhood”. It is thrown around in advertisements, in shows, in videos on social media that are meant to show the general public how awesome and courageous we are. But the part that no one says is that it is a brotherhood up to the point where we have to include everyone. When we get to that line however, the engine comes to a screeching halt and we say “not him though”. Really????? So you don’t think he will drag you out of fire when you go down, or is that just you saying what YOU won’t do if your LGBT brother or sister gets caught up and needs rescued? Think about it. Is it you or is it them? I have never heard a LGBT firefighter say they wouldn’t save their coworkers. I’m sure there are a few out there that wouldn’t but they fall into the category with all of the other firefighters that would save themselves before someone else. There are assholes in every crowd. Don’t dilute yourself by thinking that everyone on your department would die for the guy or girl beside them. I can assure you that there are some that won’t. Oh, I wasn’t supposed to say that out loud. Sorry if I spoiled your Denver drill. The fact that you wouldn’t save your “brother” because of what they are or how they live their life is beyond ridiculous. I don’t like football so if I didn’t want to save members of my crew who like football then I wouldn’t have to save practically anybody. See how dumb that sounds? That is what I hear when you say you wouldn’t save your LGBT brother or sister.

So do I think this issue will go away anytime soon? No. I think it will over time, as the generations of people who don’t really care about gay or straight make their way into the business. Time will tell though. In the meantime, I think we have bigger issues to contend with; cancer and heart attacks being just a few.

Who knows, the crew that comes to pick you up when you have your stress induced heart attack from being a bitter asshole most of your life could all be gay. I bet you won’t care then!